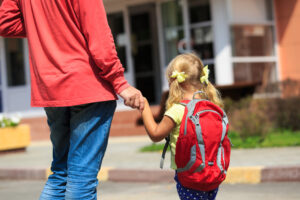 After separation, there will often be a period where there is some uncertainty about future arrangements for the children.

Couples essentially have three options available to them for making arrangements for future parenting:-

The first two options, involving an agreement and arrangements worked out between the parents, are by far the best approach as they allow both parties to have input and be involved in the decision making. They also have the added benefits of saving money in court fees, the arrangements are often more flexible and the children can see that their parents are able to work co-operatively.

In some situations however, certainty is required. If this is the case, then there are two options available to parents: Parenting Plans or Consent Orders.

A Parenting Plan is a written agreement between two parents, signed by each party and dated.  A Parenting Plan can include other people such as grandparents, step parents or carers, however both parents must sign the agreement.

A Parenting Plan can contain the same provisions as Court Orders or be left more flexible.

In most cases, our office will use the Parramatta registry of the Family Court or the Local Court, depending on the nature of the matter.

What is Best For Me?

There are advantages and disadvantages to each type of formal agreement.

A large majority of people prefer the certainty of Consent Orders, however other couples are happy with the flexibility of Parenting Plans.

Some of the major differences between the two are that Consent Orders can be enforced by a contravention application at the Court, whereas Parenting Plans cannot.  A Parenting Plan does not vary a Court Order but reflects the agreement reached by the parties at the time and can be used in Court. A Consent Order however will discharge all prior Orders, if required, and new Orders will issue.

Our office can assist with both Parenting Plans and Consent Orders. Ask your solicitor for more information.

In cases where parties cannot reach an agreement, or there is some urgency involved, an application to the Court will be required. This is discussed more in the following section entitled Parenting Orders.

Rafton Conveyancing - Your Experts in Property

Whether you are buying or selling your first home, an investment property or a block of land, having an experienced legal team on hand to guide you through the process and ensure your transaction runs smoothly is critical. That’s where Rafton Conveyancying can help.

Ensure that your clients are given the best possible opportunity to exit the Court process with a professional and efficient resolution to their family law dispute.